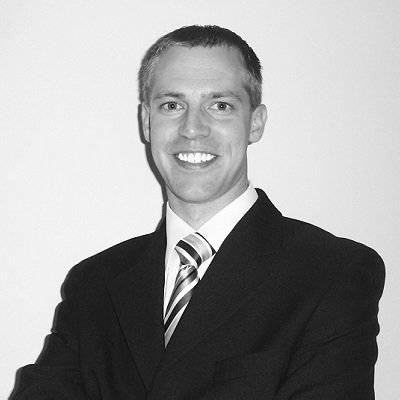 Stephen Biggs is a shareholder with SMITH LC. He focuses his practice on appellate work, preventing and solving business disputes, protecting the reputation and intellectual property of individuals and businesses, and workers’ compensation insurance subrogation matters.

Stephen assists individuals, businesses, and other lawyers in appealing a ruling from one court to a higher court and in defending against appeals taken by opposing parties. His appellate experience encompasses cases involving many different areas of the law, including business and commercial disputes, questions of statutory interpretation, issues regarding the enforceability of contractual provisions, criminal matters, defamation claims, and unemployment insurance benefits—to name a few.

Most often, the trial lawyers and their clients who seek Stephen’s appellate assistance ask him to take the lead in handling their appeals. As the lead appellate lawyer, Stephen has briefed and argued appeals in state and federal courts of appeal both in and outside of Arizona. Among those appeals, Stephen served as the lead appellate lawyer in three cases decided by the Arizona Supreme Court in a short span of three years.

Stephen also consults other lawyers on appellate issues. Successful appeals require preservation of appealable issues and arguments in the trial court. Stephen assists trial lawyers in making an adequate record in the trial court to preserve key issues and arguments should the need for an appeal arise. He also assists lawyers who have less experience handling appeals to write persuasive briefs and prepare for oral argument in appeals those lawyers choose to handle themselves.

Stephen helps individuals and businesses avoid and solve disputes, both before and after they become lawsuits. Effective risk management (including seeking the advice of a lawyer about how to prevent and protect against legal problems before they occur) and early negotiation to resolve problems that do arise before they become lawsuits can oftentimes keep individuals and businesses out of court and avoid the costs of litigation. But when litigation is necessary or a court action has already been filed, Stephen assists businesses and individuals in pursuing or defending against legal claims in court or in arbitration.

Some examples of the types of problems and situations that Stephen helps his clients avoid or address include contract disputes, unfair competition, disclosure of confidential information, fraud claims (including claims for consumer fraud, securities fraud, and other forms of investment fraud), business management disputes (including claims for breach of fiduciary duty, self-dealing, or disloyalty against officers, directors, and other managers of businesses), business ownership disputes (including business break-ups), failed business deals, trust disputes, and professional negligence (including malpractice claims against accountants, auditors, and lawyers).

Your good name matters, whether you are an individual or a business. In the age of the internet, it is easier than ever for harmful, negative statements to be communicated to large audiences instantaneously. Stephen assists individuals and businesses in protecting their reputation when others defame, slander, or libel them. He also assists those who have been accused of defamation, slander, or libel in defending against those claims.

In addition to reputation, another valuable asset of every business and entrepreneur is intellectual property. Stephen assists individuals and businesses in pursuing and defending against claims of trade secret misappropriation, copyright infringement, trademark infringement, Lanham Act violations, and other forms of unfair competition related to intellectual property rights.

Stephen represents workers compensation insurance carriers in Arizona and Utah in protecting and enforcing their statutory lien and subrogation rights.